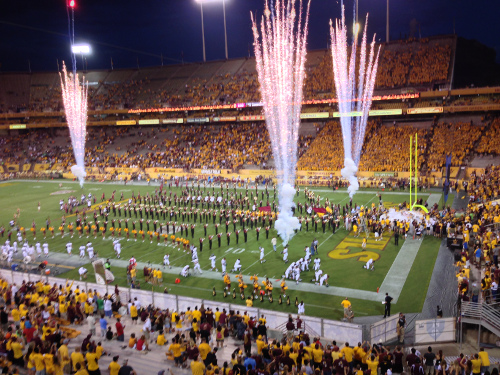 If you love live sporting events, Phoenix is the place to be! With over a dozen large sporting arenas in the Phoenix area – and many more throughout the state of Arizona – you won’t be hard-pressed to find a sporting event to attend no matter what time of year you are in Phoenix.

Football, baseball, and basketball are just a few of the seasonal sports played here, not to mention special events that happen sporadically throughout the year.

On your visit to Phoenix, you should definitely try to set aside some time to attend a sporting event at one of the following stadiums or arenas – or one of the many others in the area! That’s where Top Notch Transportation comes in! We can get you to the game and back again safe and sound, and you’ll be on time for your next activity of the day!

Just to give you an idea of what events are going on continuously in Phoenix, here are a few of the most popular venues and what’s happening there!

Talking Stick Resort Arena is well known for a wide range of concerts – from Bon Jovi and Green Day to Eric Church – and comedy shows like the popular and hilarious Jeff Dunham.

However, if it’s sports you’re into, Talking Stick is an awesome venue for that, too! The Arizona Rattlers arena football team plays there. Arena football has been played in the US since 1987. The Rattlers were founded in 1992 and now call Talking Stick Resort Arena their home. Also, the Phoenix Suns play in this facility that seats over 18,000.

If you visit during the summer or early fall, you can take in a baseball game at Chase Field, home of the Arizona Diamondbacks. Top Notch Transportation knows the area around the stadium like the back of our hand, and we can navigate traffic while you enjoy the excitement of the pre- and post-game festivities. 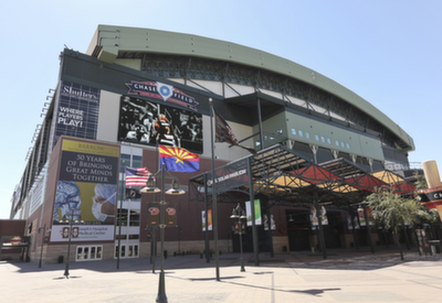 The University of Phoenix Stadium has seen many amazing concerts in recent years (Metallica, for example), but it is perhaps better known for being the Arizona Cardinals home field. Football has never been more enjoyable than when this stadium’s massive retractable roof is wide open to let in the sunny Arizona weather. In 2017, the NCAA men’s final four and the annual Fiesta Bowl will draw thousands of fans.

Top Notch Transportation would love to be your ride around town, no matter what game you’re attending. We can make arrangements for regular season games or special events such as the Harlem Globetrotters or Professional Bull Riders Association at Gila River Arena.

Whatever sports you’re interested in, Phoenix has them, and Top Notch wants to get you there!

Before you fill out the quote form below, be advised that we receive a high volume of quote requests.

★ This form allows us to give you an ACCURATE quote ★

★ Drivers specially trained for the elderly

★ We do it ALL! We're an all-inclusive transportation company

It's time again to book your transportation for the Waste Management Phoenix Open (Feb 7 - Feb 13)!

Avoid traffic, skip parking lines, go worry-free, and go with a transportation company who exercises their freedom and personal rights; we are a mask-free, vaccine-free company.

Book your vehicle now because spots are limited and filling up fast!

$100 to $150 per person, plus gratuity, roundtrip, depending on which vehicle and how many people.

Vehicles (scroll down for pictures):

Our Executive Sprinter is back in service!

For the quickest, most seamless way to book a vehicle, please text the following info in order, if applicable, to 602-505-5453: